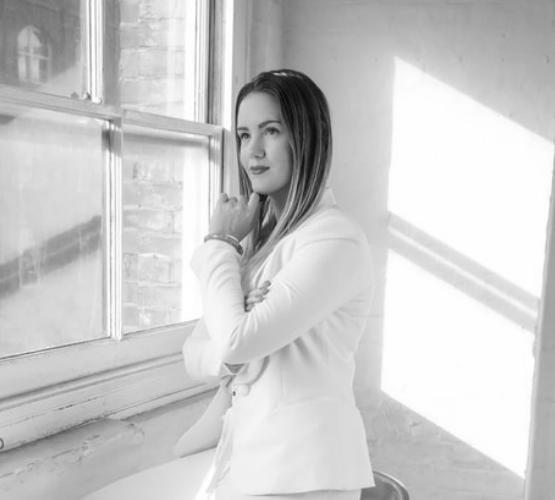 Dr. Elsa Sotiriadis is a synthetic biologist, futurist and science fiction writer (Elsa Solaris) interested in fixing the world with the science of biohacking.

As a venture capital investor, she helped invest in, build and launch 25 pioneering biotech startups and during her Ph.D. at Imperial College London, she worked on making DNA nanorobots to stop the growth of cancer. She has been featured by Silicon Republic as one of 15 women to follow in biotech, worked with the BBC on an eco-fiction podcast and her debut novelette Replicon won an honorable mention at the Writers of the Future competition in Hollywood, L.A.
Today, she’s a ‘Bio-Futurist’ and helped an iconic global tech company to innovate with digital biology by exploring for instance how future computer parts won’t be manufactured but grown – with biology. She also writes science fiction, travels the world as a keynote speaker and works in a climate change-focused consultancy.​​
​
Psst – she’s a cyborg and can tweet just by hand swipe.