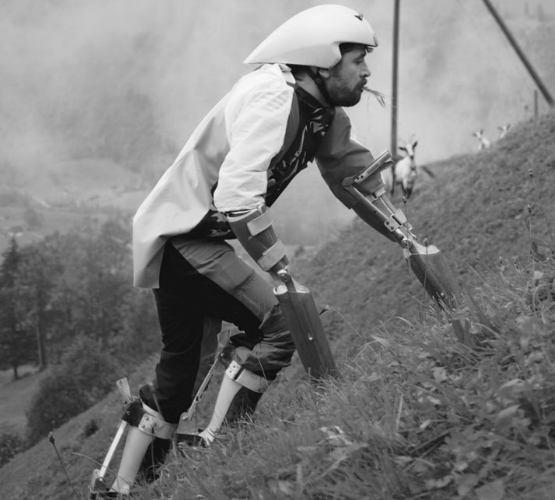 Thomas Thwaites is a British designer and writer. He describes himself as “a designer (of a more speculative sort), interested in technology, science, futures research & etc.”  In one of his projects he decided to take that a step further and take a break entirely from being a human. He became a goat – or at least he tried to – through some pretty extreme measures.